Award-winning sound mixers Pete Cobbin and Kirsty Whalley explain how the latest AoIP technology is allowing them to combine analogue and digital in entirely new ways.

“Our only security is our ability to change.” This quote from the American scientist and philosopher John C. Lilly may not be familiar to music mixers Peter Cobbin and Kirsty Whalley but it certainly sums up the process that led them to leave Abbey Road Studios and set up Such Sweet Thunder, their own Dolby Atmos mixing room in North London.

Having worked together at Abbey Road for more than 20 years - and having mixed hundreds of film scores including more than 60 box office No. 1’s - Pete and Kirsty knew exactly what they wanted from their ideal mix room. But they also knew they couldn’t achieve this ambition from within the confines of a corporate structure, which is why they decided to go it alone.

“It was scary to make the move,” Pete admits. “Abbey Road was our safety net. The name sells itself and that was a big thing to let go. But it was also about us having a quiet ambition to do something great because for years we’d had very specific ideas about transforming our mix room and changing how we worked with our clients. The only way to pull all that together and do something positive was to step outside our comfort zone.”

“We also wanted the opportunity to be more artistically involved in the projects we were handling,” Kirsty adds, “and that was another incentive. We’d had the chance to get involved with a project at the pre-production stage and while doing that we realised how much we enjoyed the experience. However, it was difficult operating under the constraints of charging a daily rate so we decided to create a space that was more flexible.”

That was four years ago and since making the leap, the pair haven’t looked back. Within a month of moving into their own facility in Islington, they knew they had made the right decision – not just for themselves but also for their film director and composer clients who love the atmosphere, aesthetic and sound of their mix room.

Unique is an overused word but when applied to Such Sweet Thunder it is entirely valid because there can’t be another facility in the world quite like it. Specifically set up to address the needs of today’s fast turnaround film mixing industry, Such Sweet Thunder combines the best of digital and analogue technology via extensive Pro Tools systems and racks and racks of outboard equipment (including some really rare vintage pieces that wouldn’t be out of place in an audio museum). Also unique is Such Sweet Thunder’s custom-built thunderDesk™, which was designed by Pete and Kirsty to solve the limitations and frustrations they experienced when working on traditional desks. Skilfully crafted in oak, the thunderDesk™ is a moving fader production console, an integrated music player, a keyboard instrument and a flexible work surface that allows them to be fully involved in the creative process as artists as well as engineers.

In keeping with Pete and Kirsty’s philosophy to create solutions for an ever changing world, Such Sweet Thunder has also gone all out to embrace Audio over IP by installing a powerful Merging Technologies networked audio system built around six Horus AD/DA Audio Interfaces and two Anubis desktop interface products. Since its launch in 2019, Anubis has quickly become the preferred device for remote production in a complex IP environment. Thanks to its compact size and ability to manage a large number of IP streams, Anubis is ideally suited for checking incoming audio with the option of listening on loudspeakers or via high-quality headphone amplifiers. It also offers extremely innovative dual-stage mic preamps and no compromise AD/DA conversion. Horus products offer connectivity via MADI, AES/EBU and analogue I/O, as well as AoIP, whereas Anubis only has AES67/RAVENNA. By linking them together on the network, it is easy to control very sizeable audio installations from the Anubis itself.

Such Sweet Thunder’s decision to embrace Horus and, subsequently, Anubis was inspired by Paul Mortimer, head of Emerging Ltd (Merging’s UK distributor). He recommended Horus when Pete and Kirsty were looking for high quality converters that would allow them to incorporate hardware outboard units into their Pro Tools systems.

Kirsty explains: “Mixing a film score in today’s world means delivering a lot of stems for every mix. Even something basically orchestral can be broken down into 12 or more stems of music, which brings its own mixing challenge. Much of that is down to routing within the computer, but we also like using hardware units that are not part of the ‘in the box’ systems most film score mixers use.”

Building the right Pro Tools system for their needs meant looking at I/O and thinking carefully about how they wanted to work.

“We like to run a 7.1/Dolby Atmos surround mix and a separate mix for our stereo, so it’s a completely different path within the machine,” Kirsty says. “The stereo mix goes out analogue and through some choice pieces of equipment that we have built up over many years. This meant we needed the best converters possible for the stereo because we wanted our analogue path and gear to sound as good possible.”

On Paul’s recommendation, Pete and Kirsty bought their first Horus and used it for analogue summing with a stereo chain, in conjunction with some of their old valve equipment.

“We were blown away by the way it sounded so we started using it with more analogue gear and using it as inserts within Pro Tools,” Kirsty says. “We realised it could be great but because our workflow is quite complicated it took us a while to work out how best to use it.”

The eureka moment came when they took their own Pro Tools rig to Glasgow to record a violin concerto for composer Danny Elfman. The venue was equipped with Merging Technologies’ Hapis and Horus units, which meant they could simply plug into the network and experience the power of audio over IP.

“It was amazing,” Kirsty explains. “We were just pulling stuff in here and there and using our own mic amps to boost up their system. The penny dropped – we realised we could do this in our own mix room and instead of having microphones everywhere, we could have all our lovely analogue equipment networked together and pull in what we wanted whenever we wanted it. Gradually we bought another Horus and some more analogue equipment and started incorporating it into our multitrack workflow in a way that we hadn’t seen anyone else do before. We now have six Horus and two Anubis units and they are fabulous. Our main computer has three Horus attached to it so every HDX path out of Pro Tools can be on the network. There is a lot of flexibility in the system because we like having the ability to move our analogue resources around so that we can use them to the best effect. We also have one floating unit that can be used remotely in case we want to listen upstairs or run some nice analogue equipment to do a bit of editing or mastering.”

Pete adds that sonic purity was another reason for choosing Horus.

“We have used every converter on the market so we know what they all sound like, and these sound great,” he says. “For years we faced the frustration of trying to integrate analogue hardware into a digital workflow but now we can do it easily, and this is why our system has expanded so quickly. Once Kirsty demonstrated that there were no timing issues or latency, we were off. Suddenly we could link up all our vintage equipment and use it on a network, which was amazing. Now there is no stopping us and there is nothing holding back the imagination we can apply to our mixes.”

Pushing boundaries has always been at the heart of Pete and Kirsty’s working relationship and since setting up Such Sweet Thunder they have continued to explore new and exciting ways of working. Whether is it designing their own console, buying more and more esoteric pieces of analogue gear or exploring Audio over IP, they are determined to stay at the forefront of what is technically and artistically possible.

“Workflow is important to us in a personal and ergonomic sense, so we have set up our mix room to reflect the way we like to work,” Pete says. “But we are also very careful to accommodate our clients needs and make sure they are comfortable because we have definitely found that a happy room and happy environment leads to happy mixes. Mixing film scores these days is high pressure enough without adding to the stress.”

Last year Pete and Kirsty recorded and mixed a great variety of projects such as Little Women, The Two Popes, Spider-man : Far From Home, Maleficent : Mistress of Evil, Knives Out and Jojo Rabbit, and already this year projects in progress at Such Sweet Thunder include preliminary work on the next Batman movie, which is scheduled for release in 2021, a TV series about Catherine the Great and working on the score for a new Marvel project (the pair have previously mixed numerous films for the Marvel franchise including Avengers: Endgame).

“We have long term relationships with many top directors and composers, but we also like to work with colleagues who don’t have enormous budgets so that we can give a bit back to the industry as well,” Pete says. “We love working on Hollywood blockbusters, and they certainly keep us on our toes, but the joy of having our own room is that we can also deliver a good service to smaller independent projects – film and music – where we can be really creative and experimental.” 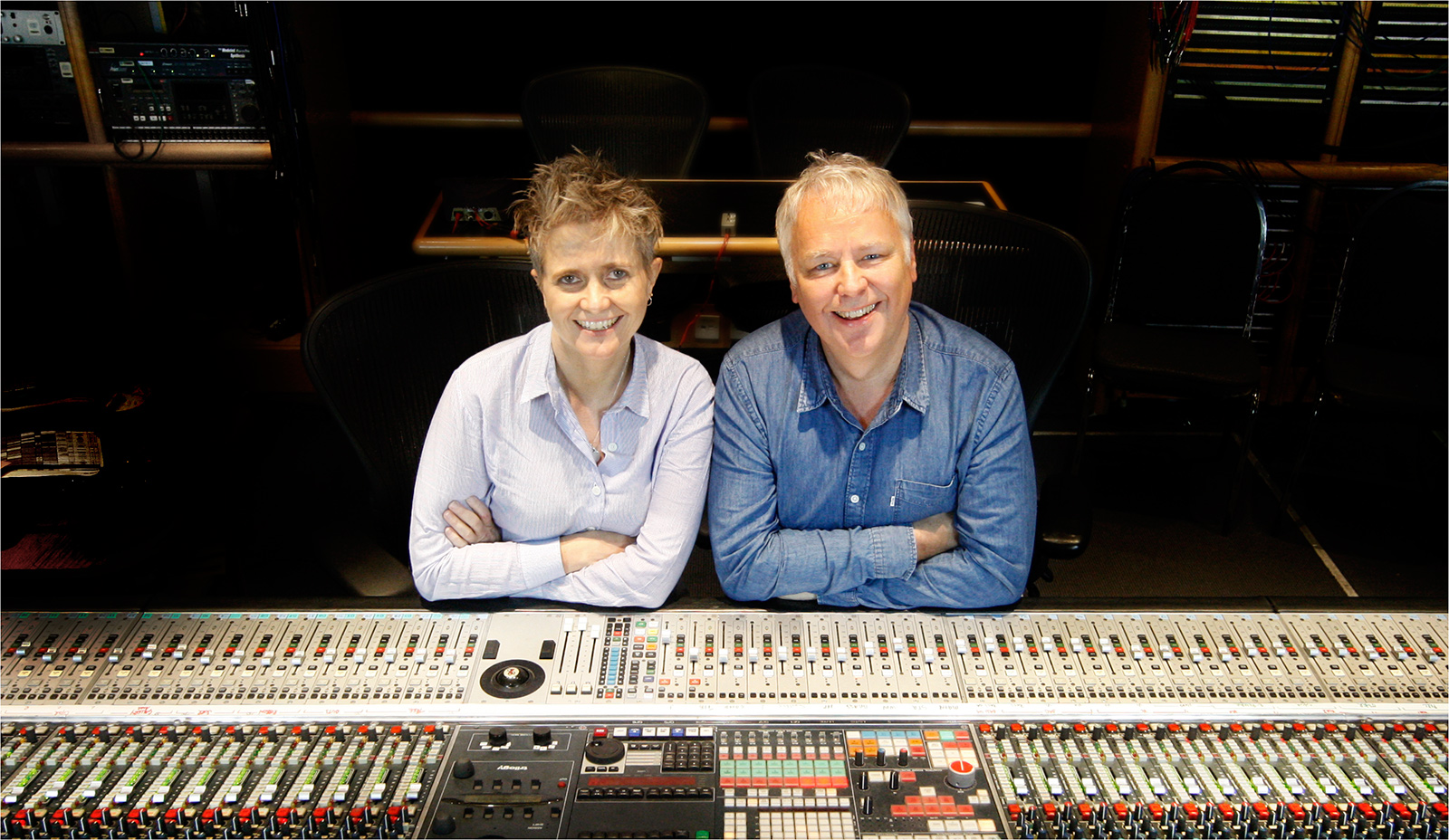 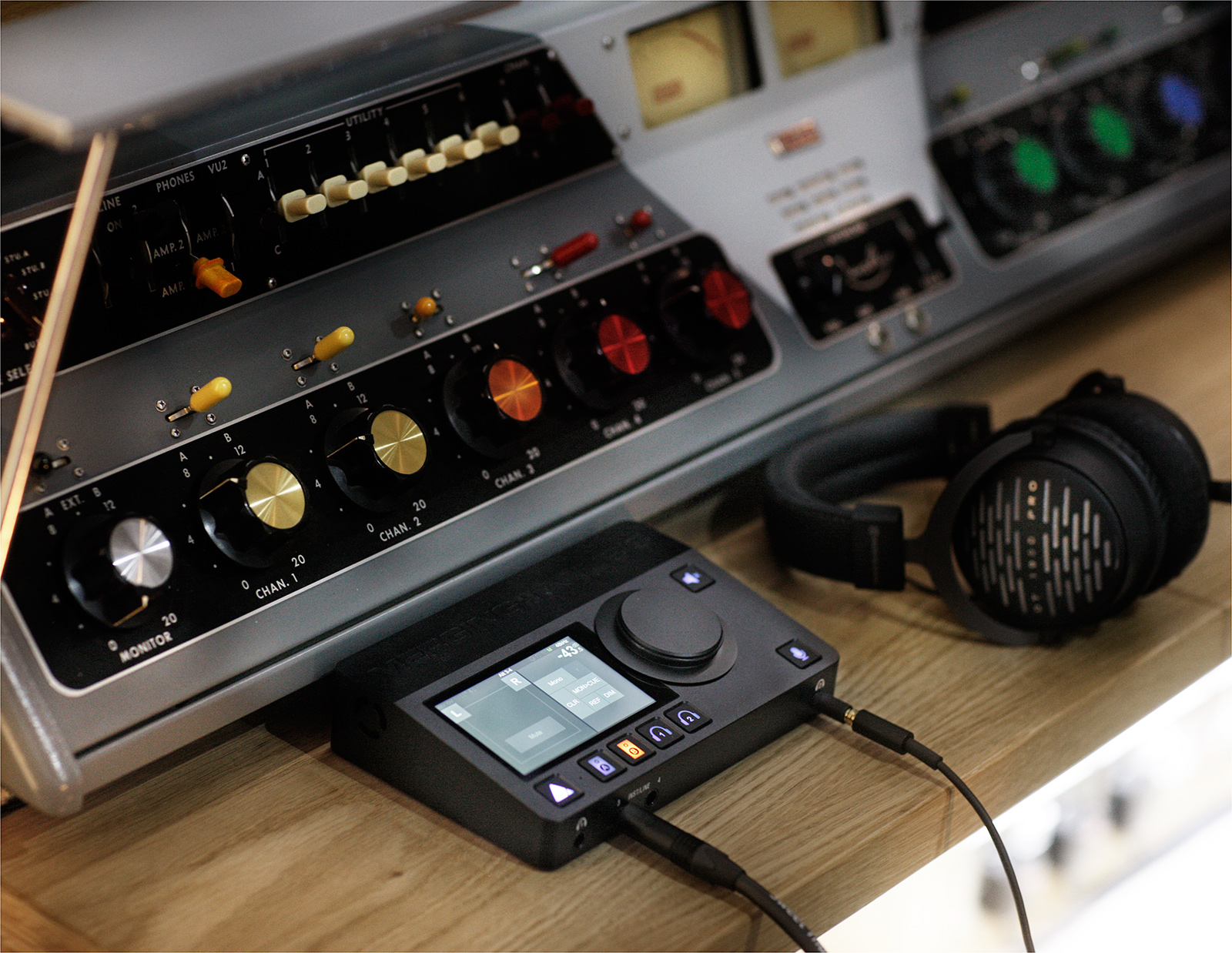 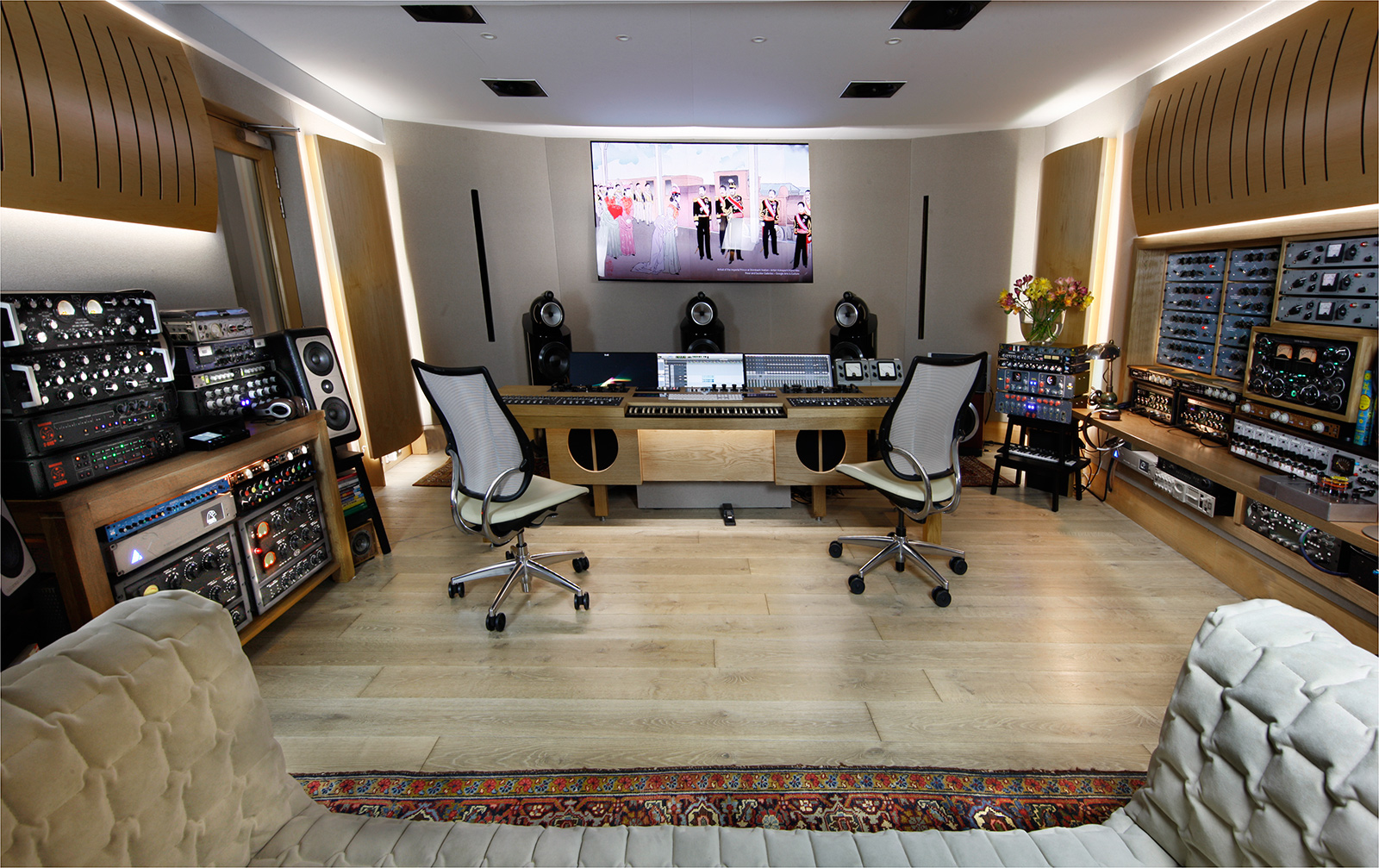 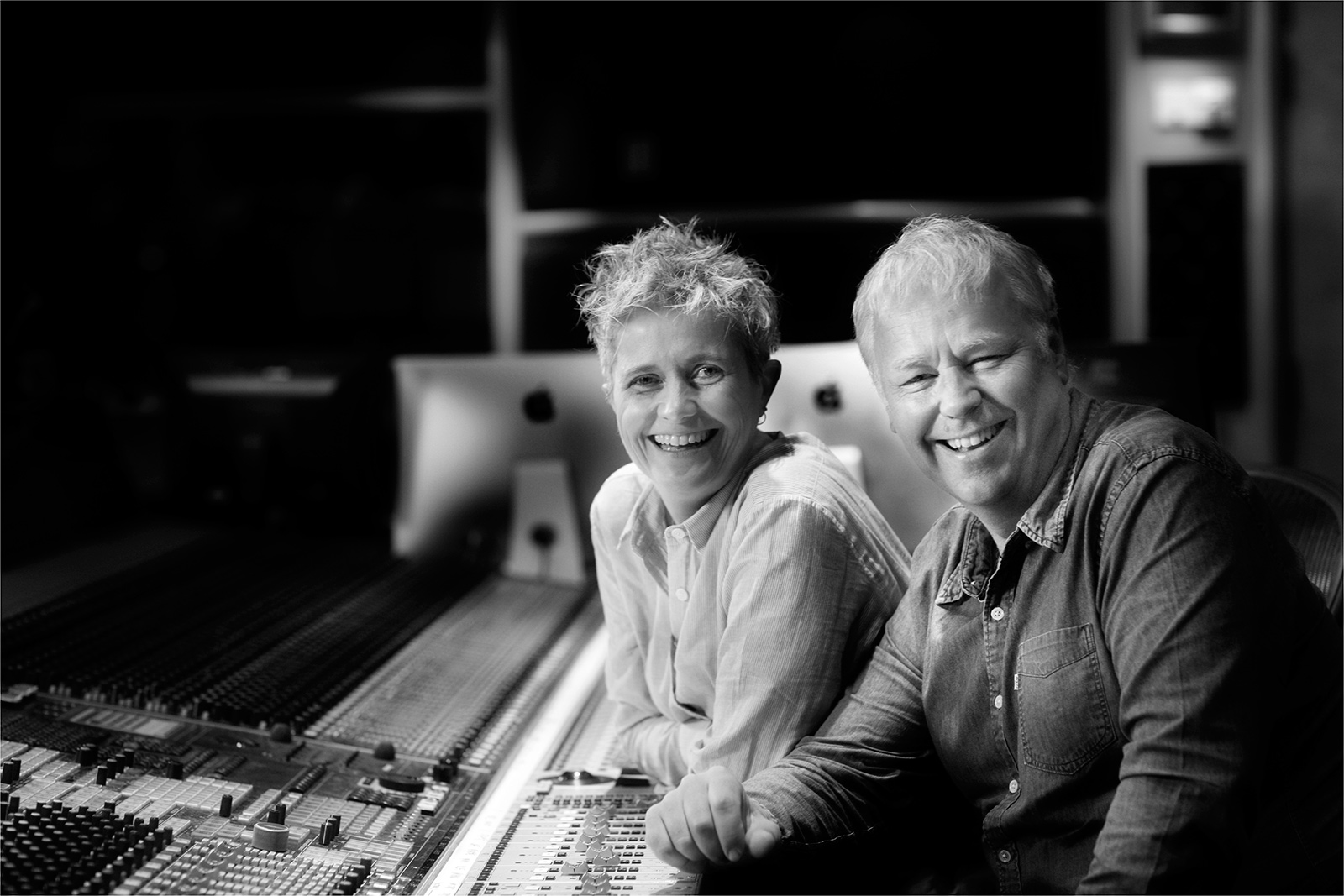 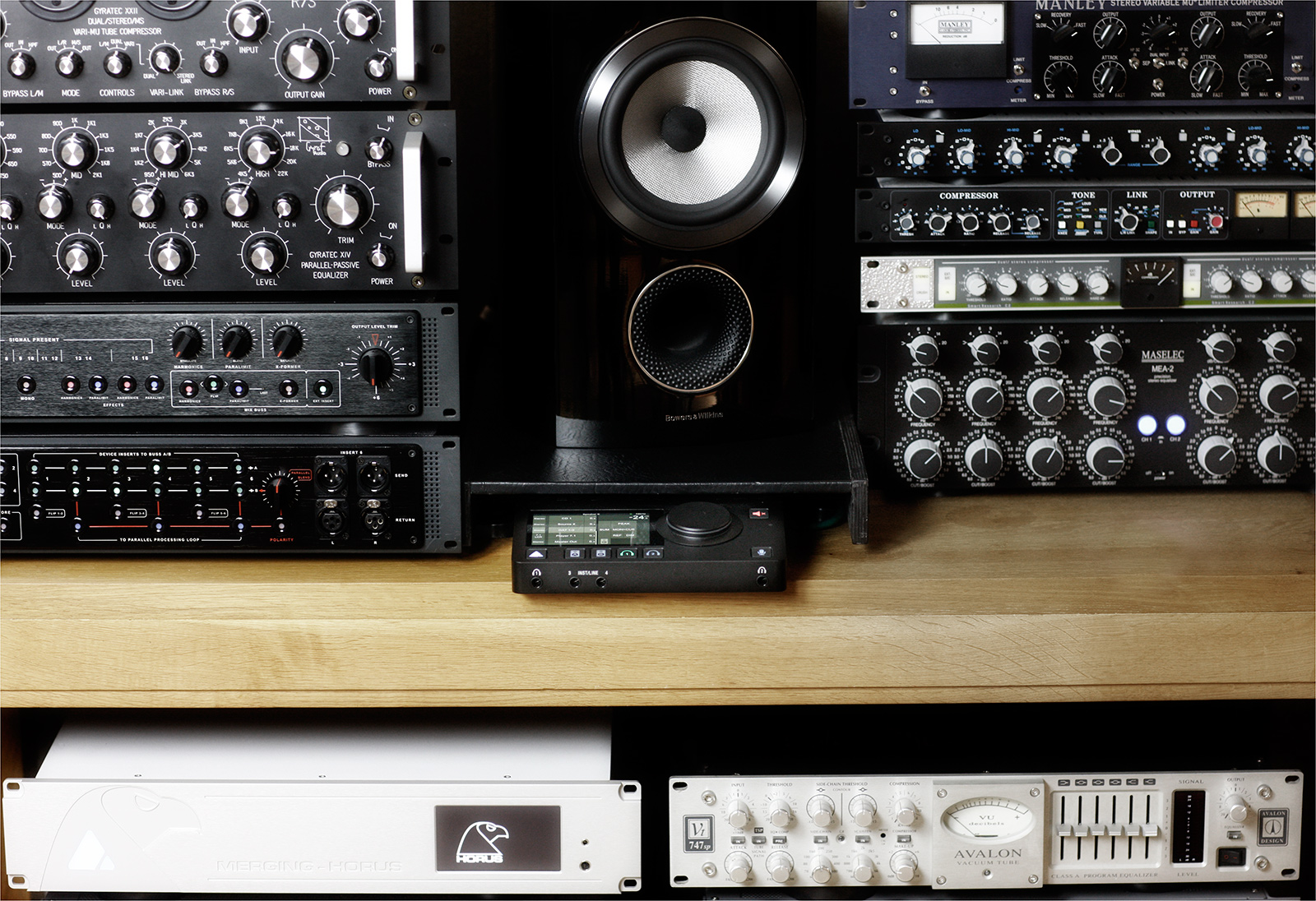 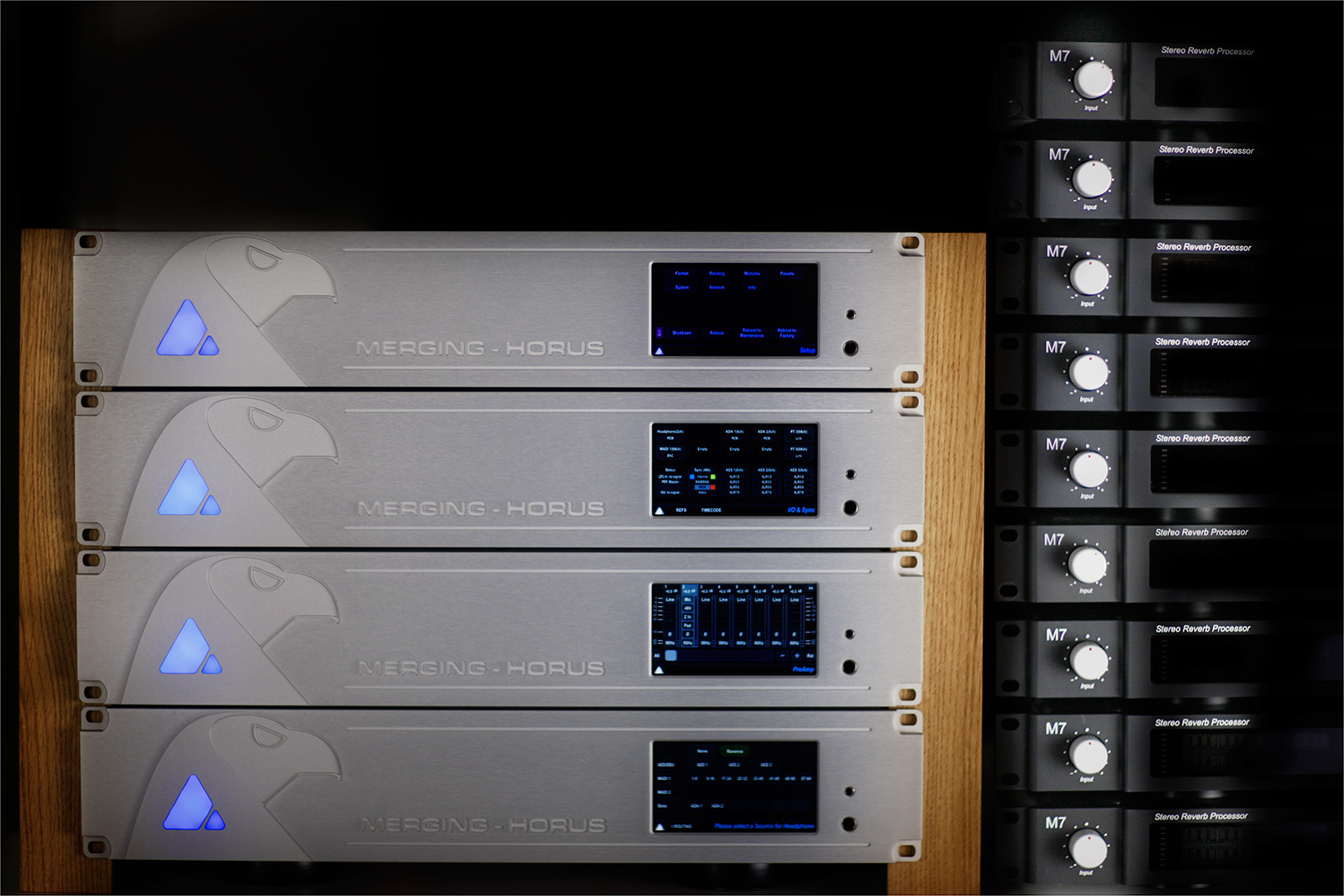 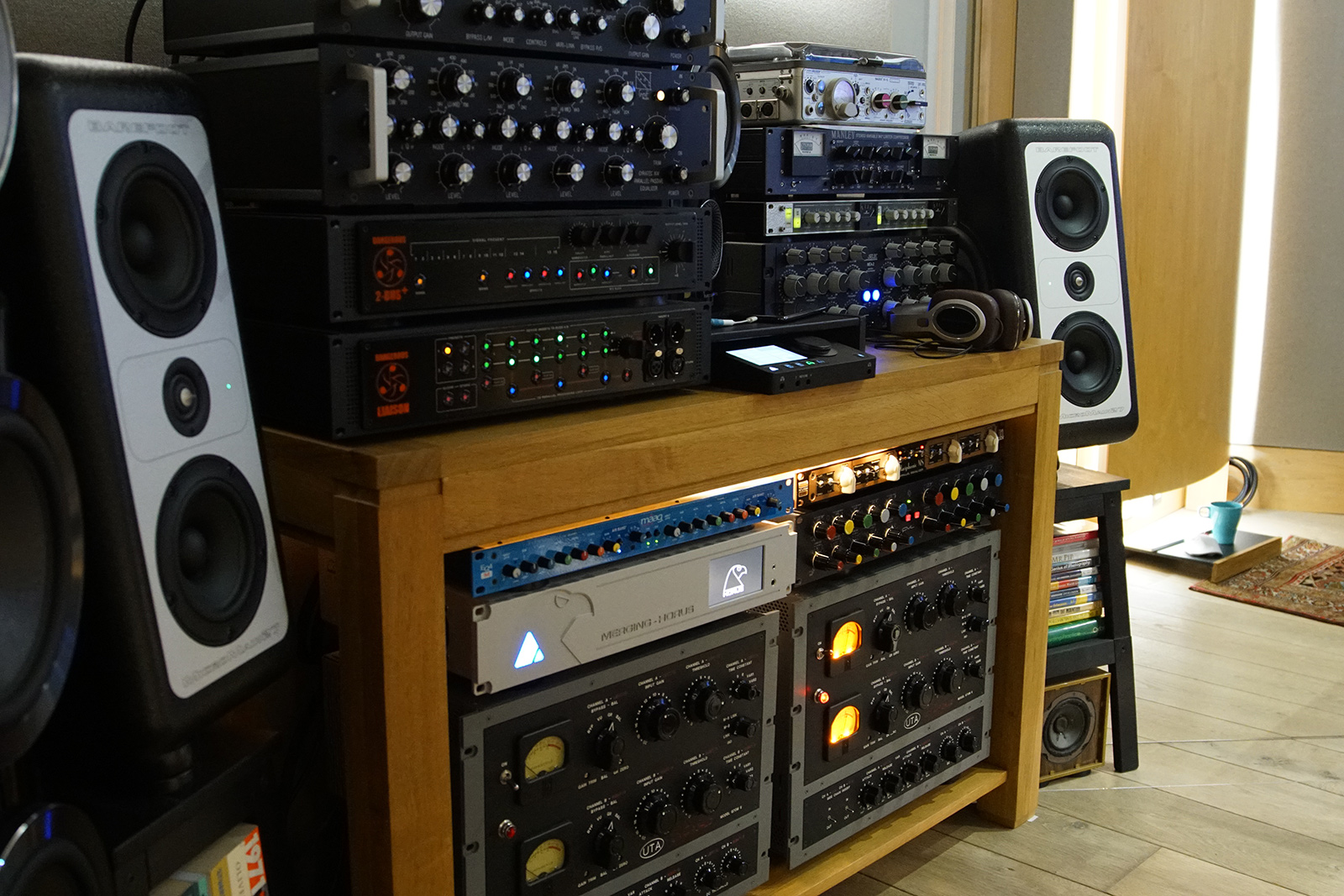