Hi-Res Audio is often defined as “better than CD quality”. That is relatively easy to achieve but at Merging, we have always believed that technology should not interfere with the music. Therefore, pushing the boundaries of digital audio is in our DNA. Merging was one of the first companies to embrace the advantages of DSD and then to address the practical difficulties the format imposes, making it possible for anyone to enjoy its sonic advantage. High-Res does not equal High Cost. You don’t need wildly exotic computers to enjoy the emotional excitement that DSD can provide, nor do you need our most expensive version of Pyramix. Essentials can even be free and features DSD and DXD recording.

We also recognise that not everyone can listen to this high a resolution, so our widely acclaimed HEPTA sample rate converter allows delivery of hi-res files that retain much of the sonic integrity of the original recording. Small wonder that Pyramix plus Anubis, Horus or Hapi has become the de-facto recording system in the world’s major concert venues and mastering houses. So why don’t you join them. DXD is increasingly being used for all musical genres so this is not only for acoustic music in world-famous halls. It can be a feature of your home recording rig.

Now that I experienced, with the Pyramix Masscore, RAVENNA and Horus combination, how beautiful, transparent and dynamic digital audio in high resolution can sound, my strategy changed from adding compensation to controlled processing.

DSD (Direct Stream Digital) is a technology developed by Sony and Philips. It is a departure from normal PCM digital audio which allows an enormous jump in quality from the normal 44.1 kHz to 192 kHz universe.

In practical terms, DSD allows users of Pyramix to make recordings that truly mimic those using the best analogue gear without any of the limitations associated with using 'linear' equipment. DSD uses a method of encoding an analogue audio signal using PDM (Pulse Density Modulation) which means that the effective samplerate of a DSD256 signal becomes 11.2 MHz, which is 256 times higher than the one used by CD (44.1 kHz).

If you look around, you will notice that more and more recordings are appearing that use DSD technology. What was once simply a technology solely for SACD production is now becoming a sought after samplerate for productions where the end product is a CD or downloadable master. Engineers around the world are realizing that being able to record using DSD means the end product, regardless of its final resolution, will sound closer to reality than was ever possible before.

Check out the DSD Wikipedia page 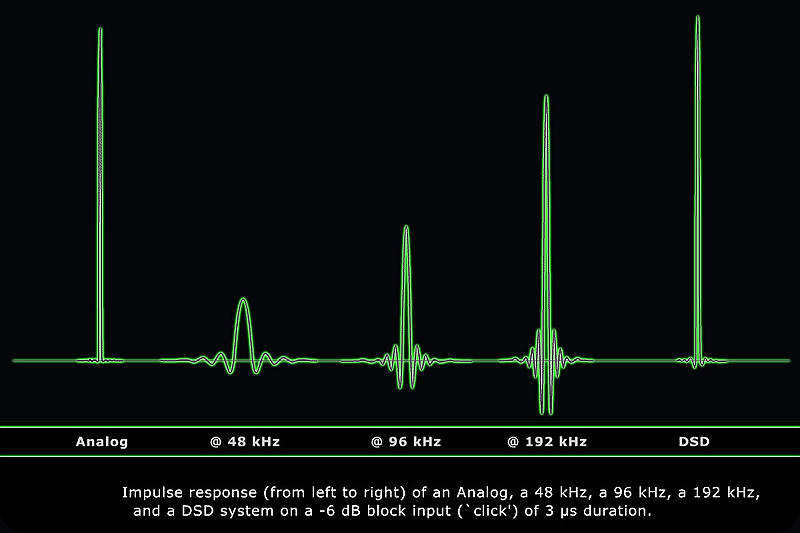 DXD: Why does this exist as well?

DXD (Digital eXtreme Definition) is a PCM samplerate developed specifically by Merging Technologies. DXD is a 352.8 kHz/24bit audio signal, which is used to be able to seamlessly move a DSD signal into PCM (standard method of digitizing audio) world so EQ, dynamics and other effects processing can occur. The combination of DSD256, DXD and a timeline which can automatically do samplerate conversions with the most transparent SRC on the planet is what makes Pyramix the most sonically impressive workstation ever made.

Check out the DXD Wikipedia page

Native & MassCore variations when working in DSD or DXD

DSD/DXD workflow is a feature of any of our software products.

There may be certain limitations when using your host CPU for processing (Native) and which software pack you are running.

The MERGING+MASSCORE audio engine is what gives you full access to DSD/DXD capabilities (full I/O track counts, and more).

Regardless of your choice, you will have access to working with the most awe inspiring sonics of both DSD and DXD workflows.

Engineers record in high resolution formats because they want the ultimate in fidelity and consequently they place very high demands on the recording systems they use. When they play back their recordings, they want the result to be as close as possible to what they heard live from their monitors and in the studio. This has driven Merging Technologies to continuously improve the quality of our A/D and D/A converters. With tens of thousands of hours use with top professionals in the field and many thousands of man-hours of development in the lab, our current generation of high-resolution converters is drawing praise from even the most demanding recording engineers. Praise from such people is praise indeed, as their reference is the live performance, which they have access to on an almost daily basis.

Our next step is the idea behind MERGING+NADAC, the Networked Attached DAC: to allow listeners to finally enjoy Master quality recordings at home, with the exact same equipment with which it has been recorded, mastered and validated. Download and streaming technology today allows delivery of master quality content to your home. This ensures you can actually benefit from the exact same experience as the professionals who created those superb recordings, when they signed them off at the last stage of studio mastering and monitoring. 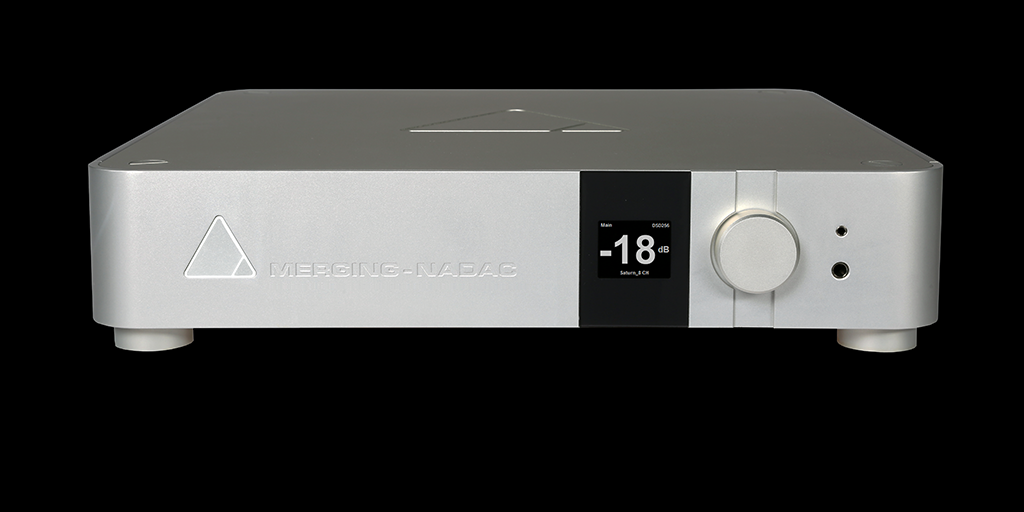 Merging Technologies has been blessed with customers who feel that recording quality is of paramount importance. This has been true from the early days of our involvement with professional audio products. It stepped up a pace when SACDs were launched and continues today with Pure Audio Blu-ray discs capable of providing great surround music content. This means that there is now a large archive of true Hi-Res Audio material on DSD & DXD. Increasingly, our partners have been making these files available for download on a rapidly expanding number of sites. Hi-Res streaming is just starting in those countries with sufficiently fast broadband networks. This provides an ideal source of recordings that truly allow you to hear what the artists and musicians intended. Merging is in a unique position to be able to partner with our many friends to spread the word about the wealth of content that is already available and that is being produced daily.