Recording live events can be a scary business if there is no second chance. Some of the world’s biggest sporting events depend on 100% reliable playout to drive the whole opening ceremony. The fact that Merging equipment has been repeatedly chosen by the leading sound designers, remote trucks and broadcasters is a testament to the confidence placed in Pyramix and Ovation.

The shows get bigger and more complex every year so reliability is not the only important criteria. High track count and the ability to operate at higher sample rates is also a crucial factor. The increase in immersive audio projects, sometimes with multiple zones puts additional demands on the equipment. There are a host of features that make Pyramix and Ovation the complete answer to demanding live event production. Merging provides solutions, not just components.

We have enjoyed a consistent presence at various recent Olympic Games with Pyramix for the big ceremonies and now Horus and Ovation being used in vital situations. It is a nice reward for the hard work of my engineering team to see our products being used at such high profile events.

It seems that no matter how much power you present to a digital audio workstation user, they will work as hard as they can to find the upper limits of that power. We are so happy to be able to now completely raise the bar once again on what our users are able to achieve… and we are very interested to see if anyone now is able to find the new limit, or if there even is one!

National days and major sporting events are often driven by Merging products, but when China celebrates the 70th Anniversary of the Peoples’ Republic, you can be sure that it will be on a grand scale. Add a cast of more than 100,000, a TV broadcast to a significant proportion of the 1.4 billion Chinese and the presence of President Xi Jinping, some past Presidents and all the government officials and the stakes become higher. The consequences of any interruption to the military precision of the parade would be daunting indeed. The fact that it not only worked perfectly live, but has also been hailed as the best sound ever produced for a live broadcast, has much to do with the top team of audio experts assembled to manage the event and the quantity and quality of the Merging equipment used in this remarkable production.

Tiananmen Square is a huge open space and although there is a public address system on site, it is not going to deliver broadcastable quality audio or even something that can be followed by the symphony orchestra of 1,028 musicians and a chorus of 100,000. All important audio cues such as the sound of the salute, the orchestra and chorus of 1,000 and other key elements of the event were recorded three months before using Merging’s Pyramix. These recordings were played back live in Tiananmen Square. The audio feed from the Square was sent to the CCTV studios where it was mixed with the sound effects on Merging’s Ovation system in CUE mode. This allows the live sound to be mixed with the pre-recorded for a vastly improved listening experience. If this sounds simple, it is not. Several hundred cues have to be programmed in advance and adjusted during rehearsals. Two Ovation MassCore systems were responsible for this task and at the same time there were two Pyramix MassCore systems in the Square recording 128 channels over a 3-hour period. Using the RAVENNA network and optical fiber, it is easy to have these systems backing each other up. As may be imagined, there were a lot of microphones on site spread over a large area that needed to be mixed into the 128 channels and multiple Horus and Hapi units looked after this task. Even the new Merging+Anubis found a role to play in this impressive system. 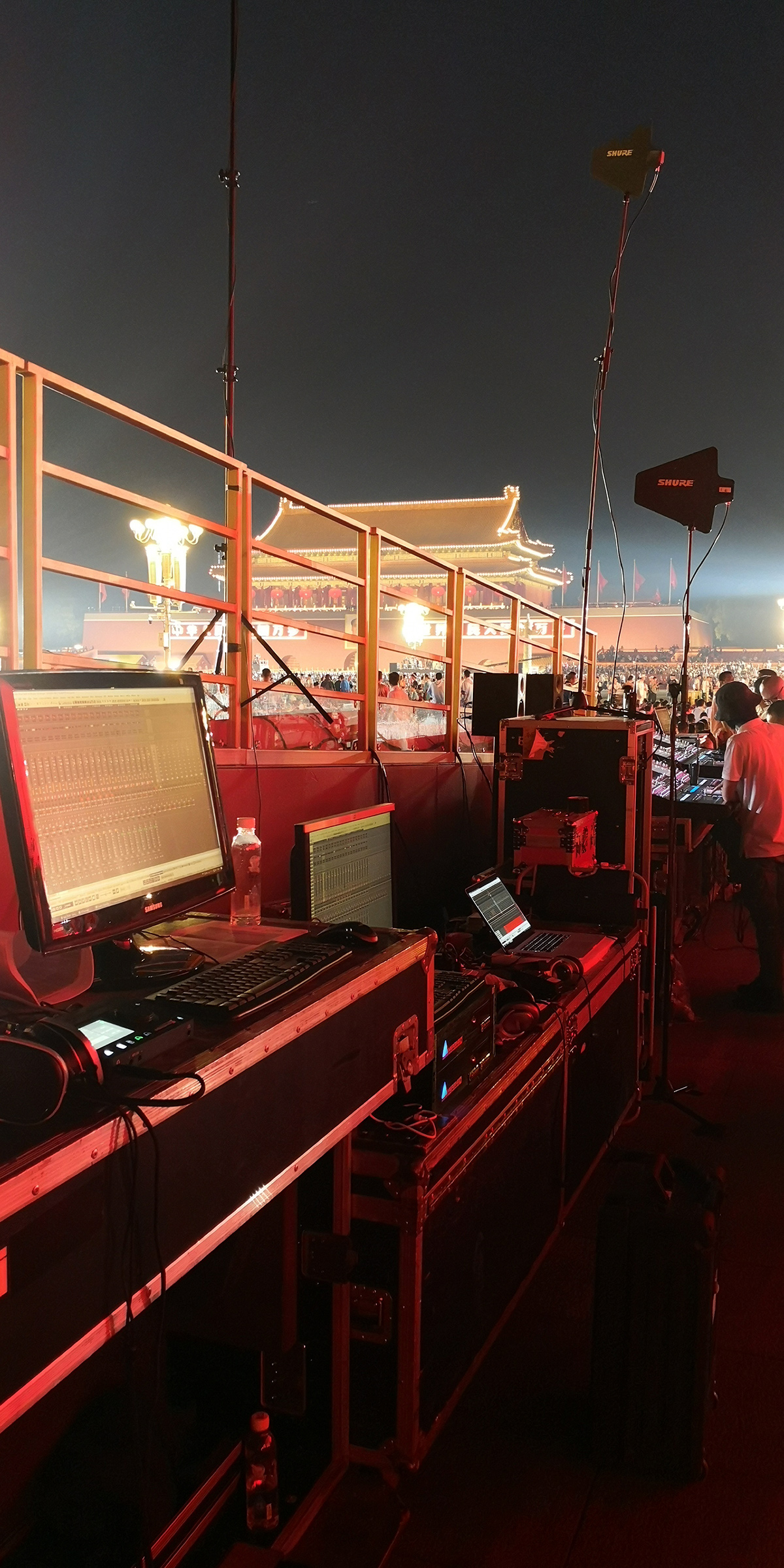 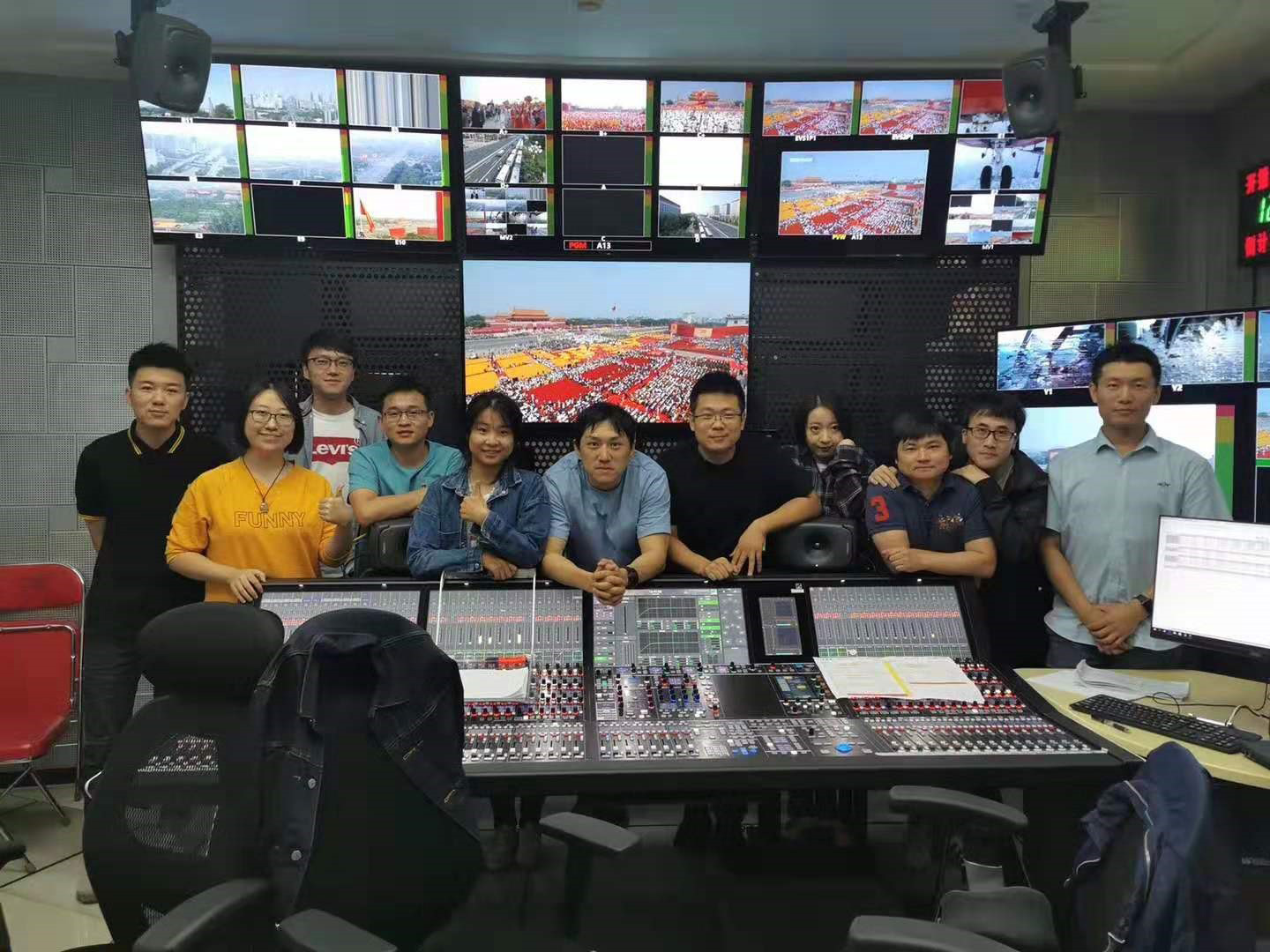 Normally, in systems that provide “proprietary” audio engines, the user is required to purchase DSP cards which allow the software to make lots of calculations very quickly. The reason that cards are used rather than allowing the task to be given to the computer’s internal CPU is that for a piece of software to access the power of the Intel CPU, it has to ask for the “permission” from the operating system. This method has a single issue with it that makes it almost unusable for professional, high track count productions... and that issue is latency.

The even bigger though, problem is that there is an issue with investing in DSP cards as well. As technology continues to develop at lightning speeds, the usable lifespan of computer-based hardware is becoming shorter and shorter. Connectors and chipsets change, software requirements in the DAW increase, plugins require more power… the list goes on and on. This means that even though users can spend the money to enjoy low latencies and incredible power, they are bound to the simple fact that give a few years’ time, they are going to have to make that investment in new hardware technology all over again.

MassCore embodies the power and low latencies of DSP cards, while staying completely away from requiring a user to make large incremental reinvestments in proprietary hardware technology. And it does this by turning the whole PC into a realtime audio engine of its own. 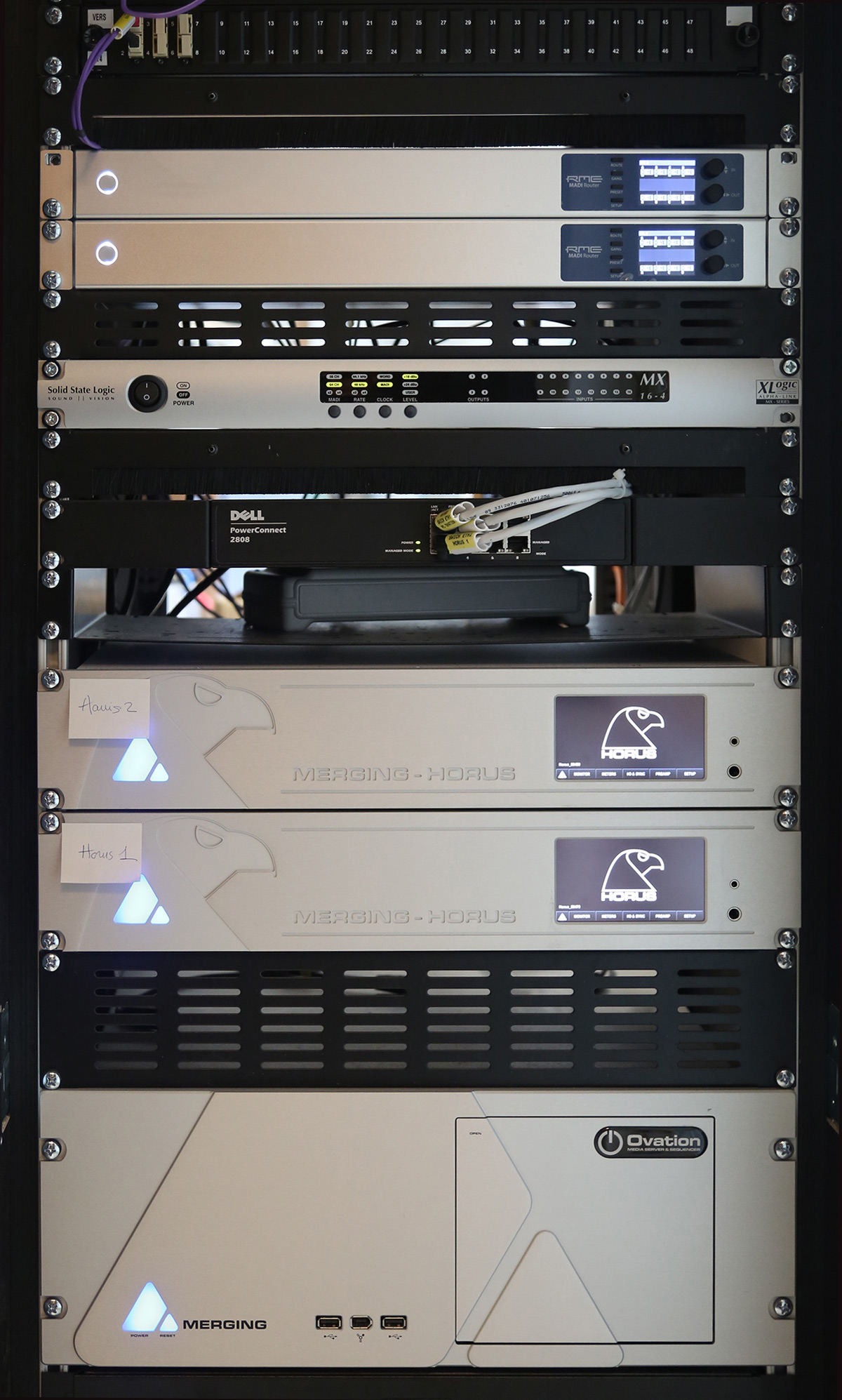 MassCore technology “hides” one or more cores in a multiple CPU computer and then creates a “pipe” directly between the software and those hidden cores to essentially create an Intel-powered DSP based system. By doing this, the user can enjoy all the power that an Intel CPU core(s) holds (which is a HUGE amount) and does not add any additional latencies as it effectively removes the need for any requests to be made of the operating system with regards to real-time calculations.

In brief, MassCore is capable of the following in a single QuadCore system with no additional hardware required. 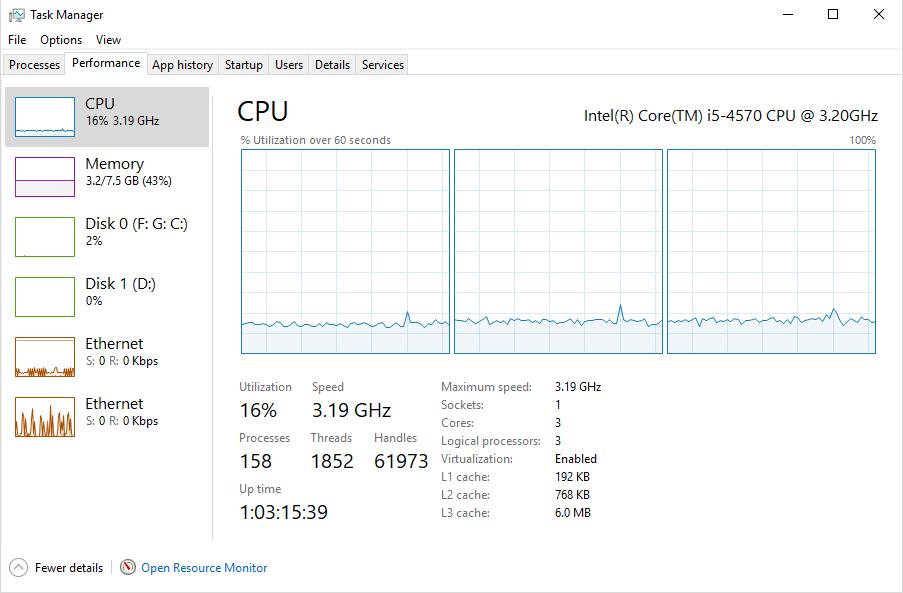 It seems that no matter how much power you present to a digital audio workstation user, they will work as hard as they can to find the upper limits of that power. We are so happy to be able to now completely raise the bar once again on what our users are able to achieve… and we are very interested to see if anyone now is able to find the new limit, or if there even is one!

Check out the Pyramix and Ovation pages to see how MassCore is implemented.