Audio Networking, when referenced to real-time audio, may be considered just like MADI, AES-EBU, ADAT or other digital audio "streams", it is used to send and receive audio between digital devices. But, audio networking has one very large difference. MADI and ADAT, and AES-EBU are all dependent on a physical cable to connect each device to another. Once that connection is made, those two devices will speak to each other only. If you want to connect more than two devices, you need one of the devices to have multiple ports, each with its own cable etc, etc.. The issue here is that those connections are static and the only way to change them is to start unplugging and re-plugging devices.

AoIP, rather than forcing static interconnections between devices, allows the user instead to use a standard, off-the shelf, network switch to become a type of router that allows all the devices to talk to one another. Hundreds of channels of real-time audio can be transported using AoIP protocols, at incredibly low latencies, to be sent to and from any of the devices on the network.

Very early in the development of our AoIP Solutions, Merging Technologies has chosen the RAVENNA ecosystem.

The tight integration of the multiple Pyramix workstations in our seven TV / Radio stations' central network and asset management system is a very efficient and productive solution for us.

This is where RAVENNA is different.

There are many different AoIP protocols, such as Dante, Livewire, Qsys…. but RAVENNA is different. RAVENNA allows ultra high performances, ultra low latencies, and is completely open. This means that anybody can access, with no fee or license, the description of the protocol, and any manufacturer can implement it. Even better RAVENNA was built with solid foundations based on the latest IT standards, this means that the protocol is one the most future proof on the market right now, and RAVENNA devices are, out of the box, compatible with widely endorsed industry standards such as AES67 and ST 2110.

RAVENNA was also designed with a wide range of audio network applications in mind, this goes from the simple outside recording network (one Hapi, one laptop) to the whole broadcast campus. The openness of the protocol allowed Merging Technologies to easily include the support of DSD and DXD streaming in the RAVENNA protocol. Once again, RAVENNA is a future proof, solid and widely interoperable protocol.

But What Does This Really Mean?

Everyone is already familiar with networking, even if they don't realize it. Have you ever gone into 'Network Places' on your computer and seen all the other computers connected to the same network? And, have you then gone into a folder on that networked computer and opened a file, like a picture or a piece of music? Well, this is EXACTLY how RAVENNA networking works. Except that you are not opening a picture of someone's holiday, you are choosing to listen to a real-time audio signal being transmitted across the network from any other RAVENNA device.

And, just like two or three different people can look at that picture in your public folder of you sitting in that beach chair with a beer in your hand, any RAVENNA device can listen to any audio stream... even if another device is already accessing it.

RAVENNA means that now, your studio, broadcast facility, location recording rig, AV installation or any other audio endeavour can become the most flexible and powerful system you could ever imagine.

Check out the ALC Networks, developers of RAVENNA for additional information. 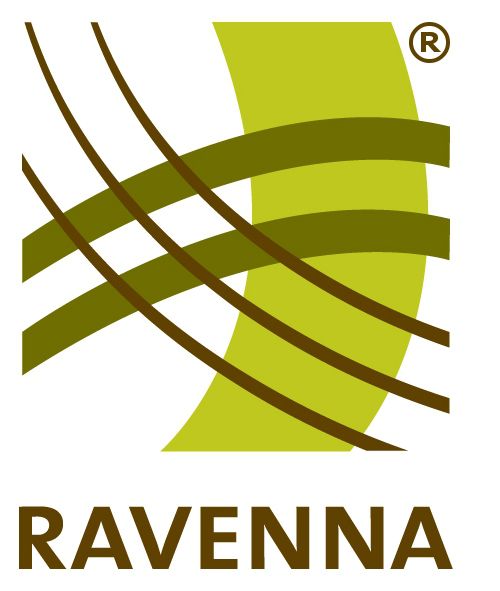 And what is AES67, ST 2110 and what does interoperability mean ?

AES67 and ST2110 are two standards issued by the Audio Engineering Society (AES) and Society of Motion Picture & Television Engineers (SMPTE) in 2013 and 2017 respectively, they are being widely adopted by manufacturers of networked audio products because it provides an interoperability bridge between the major Audio over IP protocols. See AES67 as a common ground for exchanging audio between different ecosystems such as RAVENNA, Livewire, Dante… Because RAVENNA was built with openness in mind, it encloses most of the AES67 standard, which makes any RAVENNA device AES67 compatible. But AES67 is not an alternative to the full feature set of RAVENNA or other leading networking strategies. Find more about AES67 in the AES Standards section. 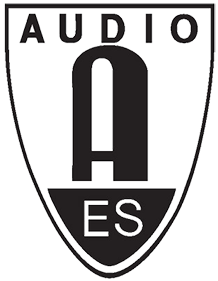 MERGING TECHNOLOGIES DEVICES ARE COMPLIANT WITH AES67 AND ST 2110-30 (the audio part of ST 2110), WE SPEND A LOT OF TIME TESTING OUR HARDWARE AND SOFTWARE WITH MANY OTHER MANUFACTURERS TO ENSURE MAXIMUM INTEROPERABILITY

An independent industry association has been established to promote the widespread adoption of AES67 in the broadcast and pro-audio industries and participates in many international trade shows and events annually. More information on AES67 can be found on the Alliance for IP Media Solutions.

Check out the AES67 Wikipedia page and the ST2110 smpte.org page for additional information 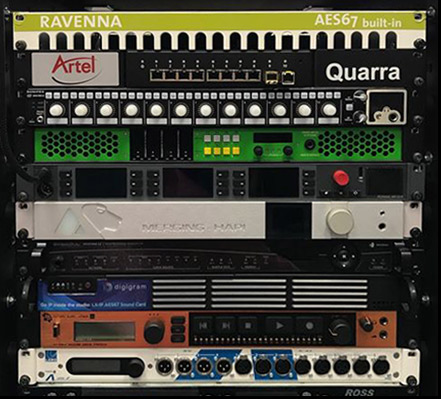 Even though RAVENNA is a fully usable ecosystem, it is so open that some part have been intentionally left for the manufacturer to choose. This includes configuration and management of the networked audio device. At Merging, we wanted to propose an open solution to unify and simplify network management, and we can up with ANEMAN, the Audio NEtwork MANager:

ANEMAN is an open solution: any manufacturer can join the project and be compatible with ANEMAN with no licensing fee. This audio networking ecosystem is not build around a specific protocol (like RAVENNA or Dante) but rather around the idea that Audio Networking and interoperability should be simple and efficient.

ANEMAN comes in two versions. The free version can be downloaded online, and is a fully feature connection controller, allowing status monitoring and patching with a simple routing matrix. For more complex applications, the Enterprise version will be released in 2018 and will feature fully customisable workflows with different authorisation levels and advanced monitoring.

Check out the ANEMAN page for additional information