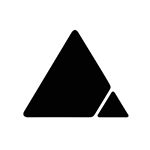 We are proud to be one of the world's foremost manufacturers of high-resolution digital audio recording systems. Our list of customers reads like a who’s who in the recording industry and recordings made with Merging Technologies’ systems regularly receive the industry’s prestigious Grammy® Award. So many in fact, that we have lost count.

The company was founded in 1990 in Chexbres, Switzerland by Claude Cellier; an electronics graduate of the Institute of Technology in Lausanne. Prior to this, Claude worked for the famous Swiss audio maker Nagra Kudelski for 10 years. Nagra has diversified now, but their roots are in the professional audio industry, where their products were respected as work horses, providing first class audio performance and doing so day in, day out. Legendary among these are the Nagra IV-S and Nagra T-Audio TC analogue tape recorders, where Claude played a pivotal role in their design and development.

Within a short time of its founding, Merging quickly established a reputation for its expertise in digital signal processing and associated hardware, and with their Pyramix Virtual Studio, was one of the first companies to produce a usable DSD recording system. The DXD format, (Digital eXtreme Definition) which works at 352.8kHz/24bit, was developed by Merging Technologies in collaboration with Philips, to overcome the challenges in editing and mastering DSD for SACD. Even when SACD started to falter, Merging continued developing DSD capable recording and editing systems. These have continually been used for archiving the best digital audio quality available. The recent popularity of digital downloads in DSD has given these recordings a new lease of life and Merging still provides the most popular end to end DSD recording system available.

Quick to recognise the advantages of Audio over IP, Merging introduced their first RAVENNA interface in 2012. Not only was our Horus AD/DA converter an astounding advance in connectivity, it also rapidly gained an incredible reputation for the transparency of its conversion and the quality of its mic preamps. The modularity was retained for the smaller Hapi unit released later. Both products are now AES67 compliant and recently the company introduced the ANEMAN Audio Network Manager to handle the routing and administration of larger audio networks. The new Anubis range of desktop converters has revolutionised the concept of this type of unit. By making Anubis an AoIP device, the ability for it to manage and control large networks has made it an essential tool for broadcasters in its Anubis SPS variant.

Pyramix has reached its 25th Anniversary and the latest version of this award-winning software introduces Dolby Atmos® workflow to add to the comprehensive immersive audio feature introduced in progressively over the years.

Many of the world’s most famous theme park, opera houses and museums depend on Ovation to run their major shows. Although Ovation started in a theme park, it has now become an indispensable playout device for live broadcast applications and major sports arenas find the ability to mix live audio with recorded cues a feature they cannot live without. Ovation is the most flexible immersive audio server available today.

Merging is now introducing this AoIP technology to the consumer audio world and continues to develop products that find their place in environments as diverse as broadcast, recording, mastering, A/V, theme parks, museums, shopping malls and transport hubs. “Audio for the Networking Age” is in our DNA.