Chiba City, Japan - November 2014: The 50th anniversary Inter BEE takes place from 19th through 21st November in the Makuhari Messe in Chiba City. DSP, Merging’s distributor for Japan, will exhibit the full range of Merging hardware and software on stand #1301. This will be the first major showing in Japan of the Hapi Networked Audio Interface and Audio over IP technology will be a major focus of Inter BEE.

Dominique Brulhart, Merging’s Head of Software, will be on hand to show the progress on the recently announced 3D audio panning engine. This has already been used to mix a version of Vivaldi’s Four Seasons in 9.1 Auro 3D. The renowned head of Mick Sound Lab, Mick (Masaki) Sawaguchi was responsible for this spectacular creation which can be heard on the RME stand at Inter BEE. Mick Sound Lab has been at the forefront of producing high resolution surround sound mixes of a variety of famous musicians. Long term user of Pyramix and now Horus, he was eager to test an early version of the 3D audio panner. Sawaguchi-san will also be the moderator for a major session on Audio over IP technology on the 21st November from 13.30 through to 16.30. Dominique Brulhart will be a participant and will present a paper entitled “RAVENNA Technology, Background and Applications”.

RAVENNA has been actively supported by Merging since the introduction of the Horus Networked Audio Interface in 2012 and by now, hundreds of users have enjoyed the huge advantages offered by AoIP technology. One of the latest local adopters of Horus and Hapi is the NHK Recording Studios where they will be easily integrating five Merging converters with an API console and Pro Tools. Numerous practical applications of RAVENNA/AES67 have been seen at major broadcasting events in 2014. Most recently the Asian Games took place in South Korea and Lawo provided approximately 110 IP-based Lawo Commentary Control Units (LCU) to guarantee smooth broadcasting of the commentators’ audio, from the opening ceremony through the athletic competitions and large soccer stadium, to the Judo competition in the smaller sports halls. In addition, ten Lawo mc² consoles were used to handle the sound mix – eight mc²56 consoles in the different venues, a further mc²56 in the International Broadcast Center (IBC) plus a Lawo mc²66. Previously an even larger number of LCU units and consoles were utilized in Rio for the World Cup Football and the closing concert was literally saved by RAVENNA when the MADI connection failed due to the length of the cable run. The Horus converters were easily able to interface with the existing MADI infrastructure and fed the main audio stream back to the OB truck via a single Cat 6 cable. The concert was captured on Pyramix and within hours it was being broadcast via satellite to more than 50 countries.

“Japan is always a stimulating place to visit.” remarked Dominique Brulhart; “Quality always comes first here and that is why I am delighted to be discussing the best of the AoIP technologies. RAVENNA was designed with the broadcaster very much in mind and there are many reasons why it has the edge over other competing solutions. The fact that it is AES67 compliant now is another reason why it is the ideal solution for any application.” 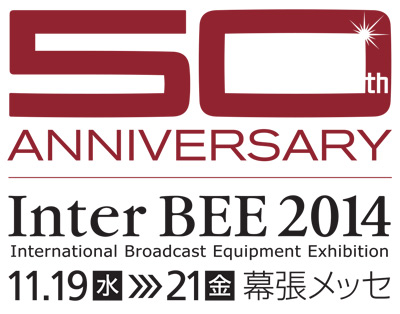 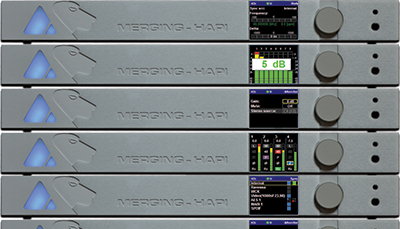