Horus Joins The Walk to Fisterra

Pyramix and Horus being used to capture Bach concerts in Spain

Puidoux, June 2014: A critically acclaimed young cellist from Alaska, an award winning documentary team, a Grammy® award winning recording engineer and an enthusiastic team of assistants walking 580 miles and recording in 36 churches, looked like an interesting project. Merging, being a manufacturer of quality recording equipment receives many requests to loan equipment for a wide variety of projects and very obviously, most of them have to be declined. This one could have gone the same way, as when a student calls up and wants to borrow a Horus and Pyramix, suspicions are aroused. However, Kyle Pyke is not only a student doing a Master’s Degree at Berklee College of Music’s Valencia campus, he has recently been living in Boston and another native of that city, Jesse Lewis introduced Kyle to "The Walk to Fisterra". In turn, Jesse had been asked by fellow cellist, Dane Johansen to be part of the team because they had studied together at the Cleveland Institute of Music. Jesse happens to be a Pyramix devotee and earned his Grammy spurs working at Soundmirror, also in Boston. This was clearly not an average student project.

Recording in 36 very varied buildings with completely different acoustics is challenging for any performer but even more interesting for the engineering team. Even with an identical microphone rig, very different results are likely, so as part of the project, impulse responses are being recorded at each church. A decision was made early on to record in DXD (24bit/352.8kHz) being the best combination of high resolution audio and easy post production workflow. Horus was the obvious choice to provide the high quality mic pre-amps for the DPA microphones and look after the A/D and D/A conversion. Kyle Pyke explained; "We're using the Horus system as our main recording interface on The Walk to Fisterra. The interface is incredible in its pristine audio quality and flexibility in terms of I/O. One of the greatest assets of using the Horus is that we can record the project in DXD for the cleanest recording possible. Merging has been fantastic to work with, generously offering us everything we need for our project, and I've been able to communicate directly with their team about our goals."

Kyle has been ably assisted in his role as the main sound engineer by fellow Berklee student, Beth Schofield. Beth is a graduate of the Royal College of Music and she is taking care of field recording, boom operating, interviews and Foley. She also helps Kyle get set for the concert recordings which will appear on the documentary as well as the music album.

The team aim to arrive in Fisterra on June 25th and the performances of the Six Suites for Cello by J-S Bach have been attracting healthy audiences in the historic churches and monasteries along the route to Santiago de Compostela. This is highly appropriate since these pieces had almost disappeared until rediscovered last century by Pablo Casals, the world famous Catalan cellist.

The task of editing and mastering the wealth of material will benefit from Jesse Lewis’ experience of recording in many different venues. When asked to explain why Jesse had recommended Merging equipment, he remarked; "Capturing music is an unsatisfying process; to recreate the actual experience of BEING there is impossible... Except with Merging Technologies' Pyramix and Horus system - sample frequencies to DSD256, microphone preamplifiers with the most astounding purity and transparency, A/D converters that somehow sound analog. How is it possible!? I don't know. Pyramix is the secret-weapon of production tools, my only production tool.” 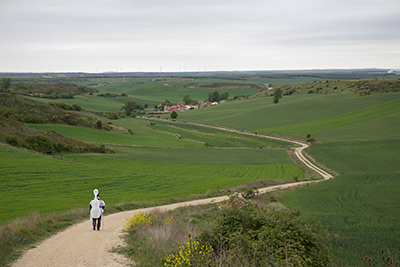 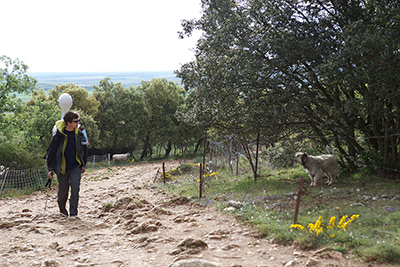 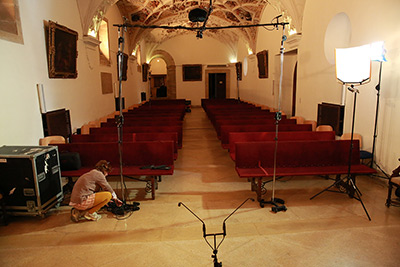 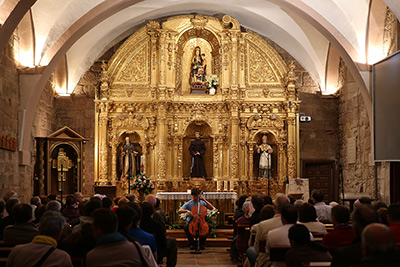 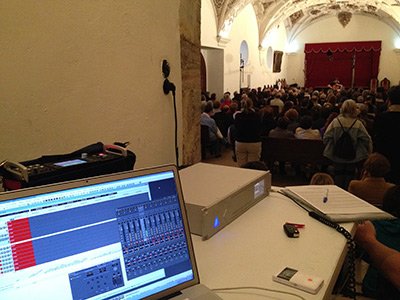 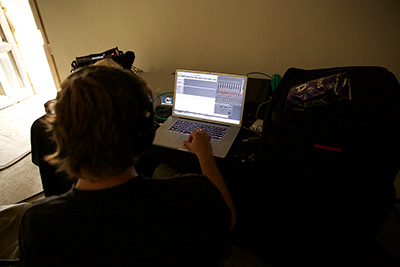 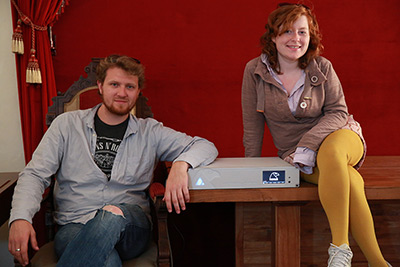 About A Walk to Fisterra

A Walk to Fisterra has a fascinating website on www.walktofisterra.com and can be followed on the main social media channels. Picture credits: Kayla Arend and Ben Roif

About RAVENNA and AES67

To find out more about why RAVENNA is AES67 Now, visit the ALC NetworX website: