The technology does full justice to the tremendous acoustics designed by Yasuhisa Toyota; the designer of the Walt Disney Concert Hall in Los Angeles and the Suntory Hall in Tokyo; and the headline act, the Delfeayo Marsalis Octet. BluePort’s Jim Merod was on hand to produce the recording while Joe Kubala operated the equipment. As well as running the BluePort label and organising the festival, Jim Merod finds time to be the Professor of Philosophy at the university. Taking time from his vacation, Merging’s Dominique Brulhart was on hand to give the necessary training and to shoot some photos of the proceedings. Pyramix 8.1 and Horus connected via RAVENNA was able to record 12 channels of 11.2MHz Quad-DSD without any problem throughout the weekend.

The timing of the recording was fortuitous as DSD and DXD are hot topics at the New York AES Convention starting October 17th. The first event to take place is just prior to the AES on October 15th at The New School Jazz Performance Space. Entitled, "Move Over PCM and Make Room for HiRes DSD and DXD Audio", the distinguished panel will feature John Newton from Soundmirror and Morten Lindberg from 2L discussing their experiences of recording in these formats. Both these gentlemen have received countless Grammy® nominations and awards over the years. This precedes the AES Workshop W24 – Extreme DSD and PCM resolutions compared. This event will be chaired by Dominique Brulhart and will again feature Morten Lindberg and John Newton and takes place on Sunday 20th October in the Jacob Javits Convention Center. The recordings from Soka will be mixed down by Joe Kubala and made available in time for AES by kind permission of Jim Merod and Delfeayo Marsalis.

After listening to several spell-binding sets from these sensational musicians, Jim Merod was moved to say: "The sonic quality of Merging Technologies' "Quad DSD" is impossible to fully summarize. However, one can honestly assert that DYNAMICS are more stunning and life-like than any previous audio standard I have used; HARMONIC COMPLEXITY carries more delineated tonal nuances; STAGING is truer-to-the-life of the event; and a vivid sense of "you are there" MUSICAL REALITY defines sonic capture. Although the drawback at present with Quad DSD recording resides with the need to deal with its glorious transparency and accuracy in PCM, the fact remains that sonic transfer from quad- to double-DSD reveals enhanced signal information not as mere "data" (technical details implicit or virtually available) but clearly rendered with relaxed musical clarity that approaches explicit analog delicacy."

Dominique Brulhart, Merging’s Head of Software Development was heard to say; "This was the dream situation. Great musicians, fantastic hall and Merging equipment recording in DSD256. This is really the closest representation you can get to the thrill of being there." 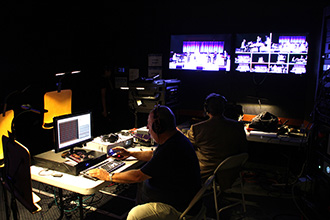 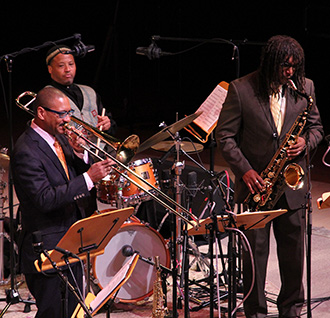 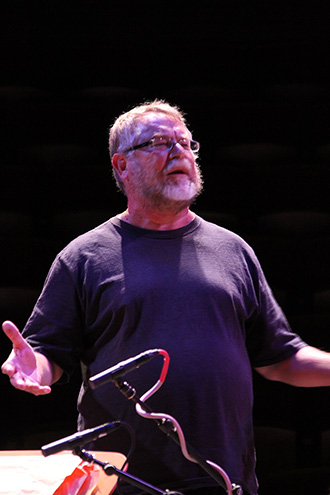 Merging Technologies SA is a Swiss manufacturer with over 20 years of experience in developing groundbreaking, professional Audio and Video products for a wide range of entertainment and media industries. With a dedicated user base in the elite end of the music, film, television, mastering and performances industries, Merging is committed to developing product ranges with unrivalled quality and flexibility, no matter what the application. Merging builds tools for people who want more from their systems, have an inherent need to push boundaries, and believe that quality always comes first, every time.

RAVENNA is a technology for real-time distribution of audio and other media content in IP-based network environments. Utilizing standardized network protocols and technologies, RAVENNA can operate on existing network infrastructures. RAVENNA is designed to meet the strict requirements of the pro audio market featuring low latency, full signal transparency and high reliability. With a capacity of nearly 8 x MADI streams over a single Gigabit Ethernet link, it is also the first and only Layer-3 based IP audio protocol with full support for high-channel count DXD and DSD signals.
While primarily targeting the professional broadcast market, RAVENNA is also suitable for deployment in other pro audio market segments like live sound, install market and recording. Possible fields of application include (but are not limited to) in-house signal distribution in broadcasting houses, theatres, concert halls and other fixed installations, flexible setups at venues and live events, OB van support, inter-facility links across WAN connections and in production & recording applications. ravenna.alcnetworx.com