Puidoux, October 2013: The Chicago Symphony Orchestra’s Grammy®-winning independent record label, CSO Resound, has recorded with Pyramix for many years, so there was obvious interest in Horus when it was announced. The original Pyramix decision was based on sonic quality and the superior editing and mixing tools available in comparison with other DAWs on the market. The fact that Horus offered another level of improvement and also combined superb mic preamps and converters in the single unit allowed a simplification of the signal path.

The new equipment was installed in time to record the CSO’s September and October concerts which were conducted by its world-renowned music director, Riccardo Muti, for eventual radio broadcast and commercial release. It also was used to transmit a livestream worldwide webcast of a performance of Verdi’s Requiem on October 10th. As of October 14, 61,000 people saw the performance, and the number continues to grow.

The initial reaction to these recordings has been extremely favorable. The three Horus units are RAVENNA networked which offers significant operational advantages, allowing remote control of the mic pres and routing of all digital signal paths. The new recording system was planned and designed by Grammy winning engineers Shawn Murphy and Tim Martyn who, along with engineer Charlie Post were also the recording team on these sessions. The audio producer credit belongs to eleven-time Grammy winner David Frost, also a long-time Pyramix user. In addition to the commitment made by the orchestra toward this new recording technology, the CSO also engaged John Storyk, from the multiple award-winning studio design firm Walters/Storyk Design Group, to design a beautiful new control room. The project was overseen by Marc Geelhoed, who heads up the orchestra’s CSO Resound record label.

Tim Martyn is a seasoned Pyramix user and operates his own recording facility, Phoenix Audio, from his New York area base. He offered this comment on the CSO installation: "We normally record at 24/96 resolution and we have been extremely impressed with how Horus sounds compared with our other top quality mic pres and converters, but another key reason we decided to go with Horus is because of the flexibility of digital I/O which the unit affords us. We can run all of the microphone connections via RAVENNA, but still take double-MADI out of the system to run into our Yamaha DM2000 console for the monitor mix. Then we can quickly turn around and do an in-the-box mix for post-production, using the DM2000 as a Pyramix controller."

"The CSO has used Pyramix DAWs for many years, not only because of overall better sonics, but also because of the superior editing and mixing tools available,” noted Geelhoed. “This, along with Horus' superior mic preamps and converters, made moving forward to the new generation of Merging hardware a relatively easy decision." 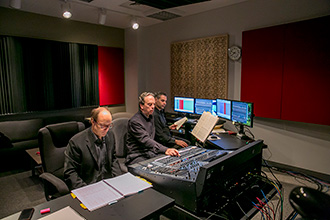 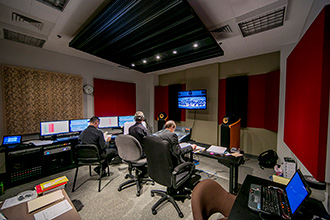 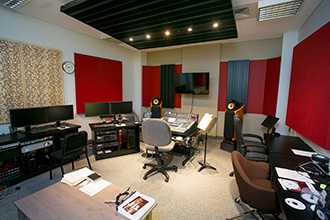 CSO Resound was launched in 2007 and has released 14 recordings. These have featured albums conducted by Music Director Riccardo Muti, former Principal Guest Conductor Bernard Haitink, and Conductor Emeritus Pierre Boulez, as well as Myung-Whun Chung, Alan Gilbert, and Miguel Harth-Bedoya. Yo-Yo Ma has been a featured soloist. These recordings have won four Grammy® Awards. Producers have included David Frost, Shawn Murphy, Everett Porter, and James Mallinson. The CSO also uses its recording equipment for a syndicated radio series that is syndicated throughout the US and reaches nearly half a million listeners each week, and many more through on-demand streaming from cso.org/radio

About The Chicago Symphony Orchestra

The Chicago Symphony Orchestra has a comprehensive website at cso.org where detailed information can be found on its history, coming concerts, and CSO Resound.